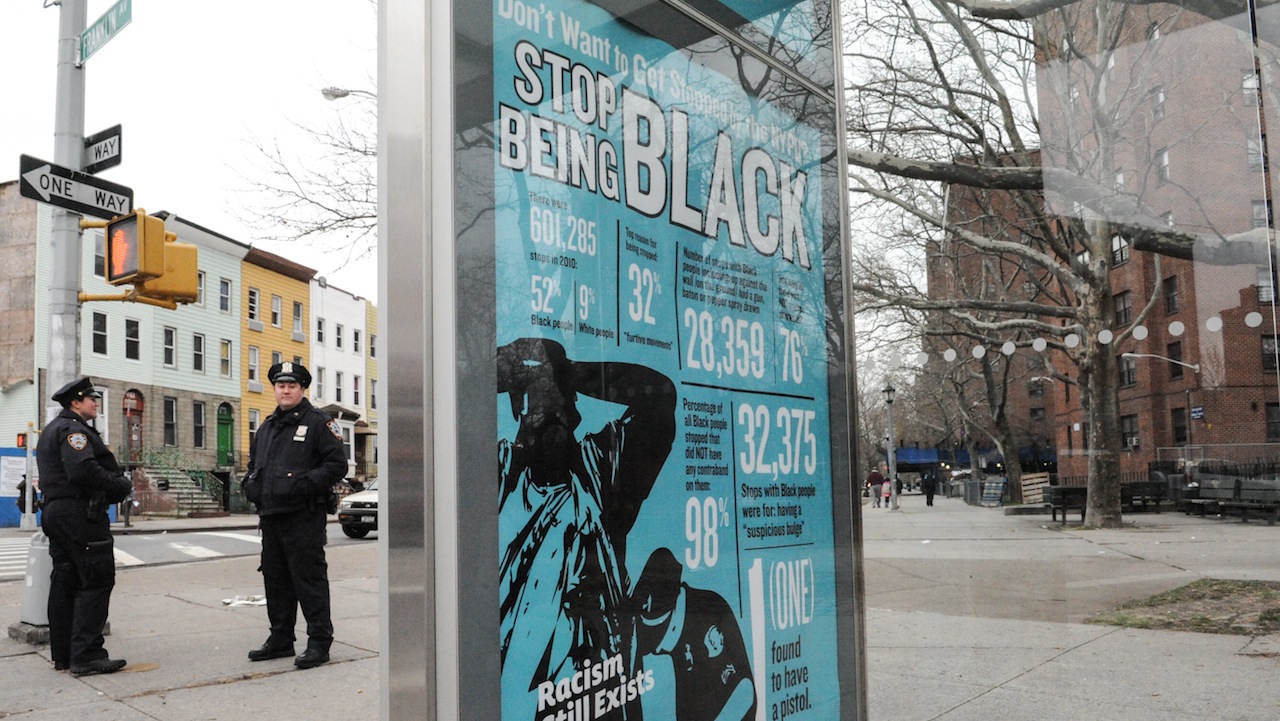 For the past five months, an anonymous group called “Racism Still Exists” has been posting powerful billboards in bus shelters around Bed-Stuy, with the stated aim of “[illuminating] some of the ways in which racism operates in this country.” Their latest, spotted by photographer Stephanie Keith, is a poster that takes refreshingly direct aim at the NYPD for its racially-biased stop-and-frisk policy.

The tagline, “Don’t want to get stopped by the NYPD? Stop being black,” is both as striking and as true as it could possibly be, and is underscored by a series of statistics: in 2010, 52 percent of the 601,285 stops were of black people (according to the 2000 census, black people make up 26 percent of the city’s population), 98 percent of stops against black people did not yield any contraband, and of the 32,375 black people stopped for having a “suspicious bulge,” only one was found to have a pistol.

In the past, Racism Still Exists (RISE) has used billboards to document the racial disparities surrounding education, the fast food and tobacco industries, home ownership and wealth, and the film industry. Each poster is backed by a smart, thoroughly sourced argument on RISE’s Tumblr.

ColorLines did some looking into the ads, and though they weren’t able to find out who’s behind RISE, they did get some commentary from local activists, many of whom support the project. “Bed-Stuy, and Brooklyn in general, is going through a very profound transformation and we gotta put that in context,” said Kali Akuno of the Malcolm X Grassroots Movement. “For many of the young yuppies and buppies, they see the police playing a positive role and trying to engage in a race neutral dialouge.

“What the billboard is doing is kinda opening up and exploding this myth that [stop-and-frisk] is taking place in a race neutral light — it’s making people confront it in a very real way.”