JR Turns Times Square “Inside Out” 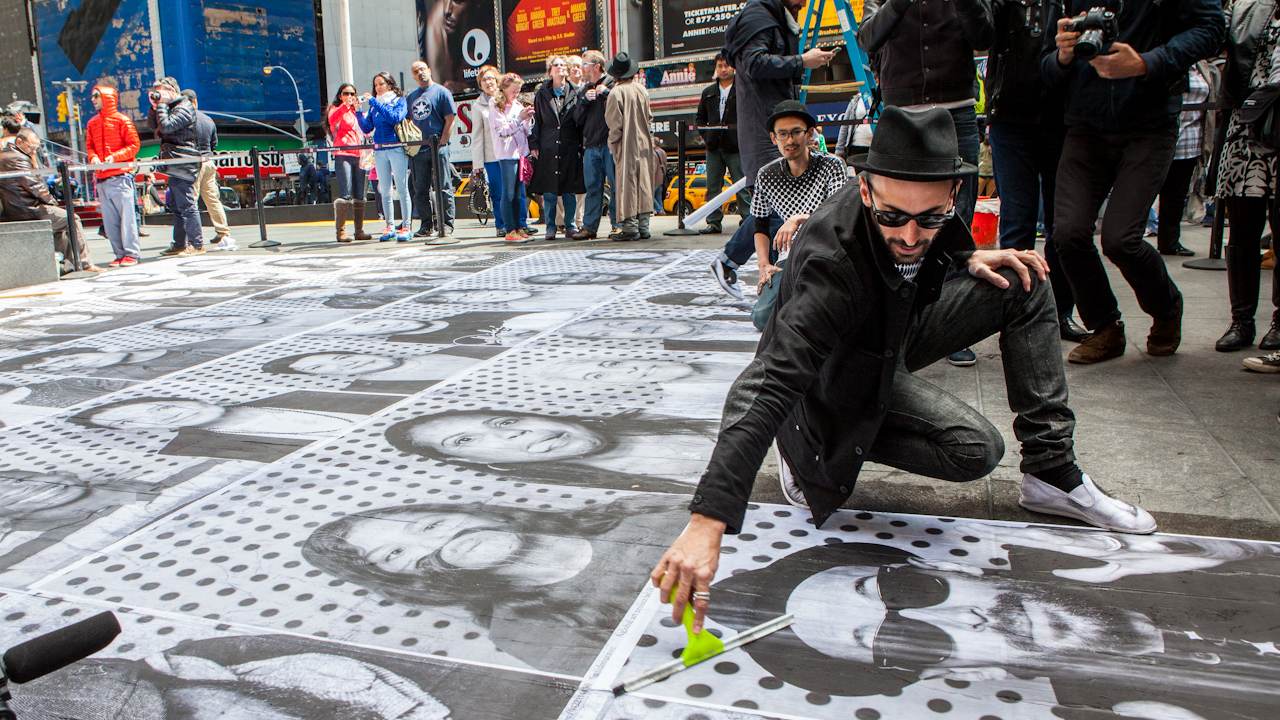 Your chance to be featured in one of JR’s signature wheatpaste pieces has finally arrived, and you don’t even have to travel to a developing nation to do it. From now until May 10, a mobile photo booth will be stationed in Times Square, taking portraits of passersby and printing them out on giant posters as the French street artist and TED prize-winner and his crew plaster the images all over the street. The piece, dubbed Inside Out New York City, is free and open to the public, so anyone who cares to participate can become a part of the art. In the above video, ANIMAL caught up with JR to discuss his process, the project’s connection to Hurricane Sandy, and how Times Square’s ubiquitous advertising influenced his approach.

Easter Egg: See if you can catch ANIMAL video editor and photographer’s Aymann Ismail’s portrait in the clip.