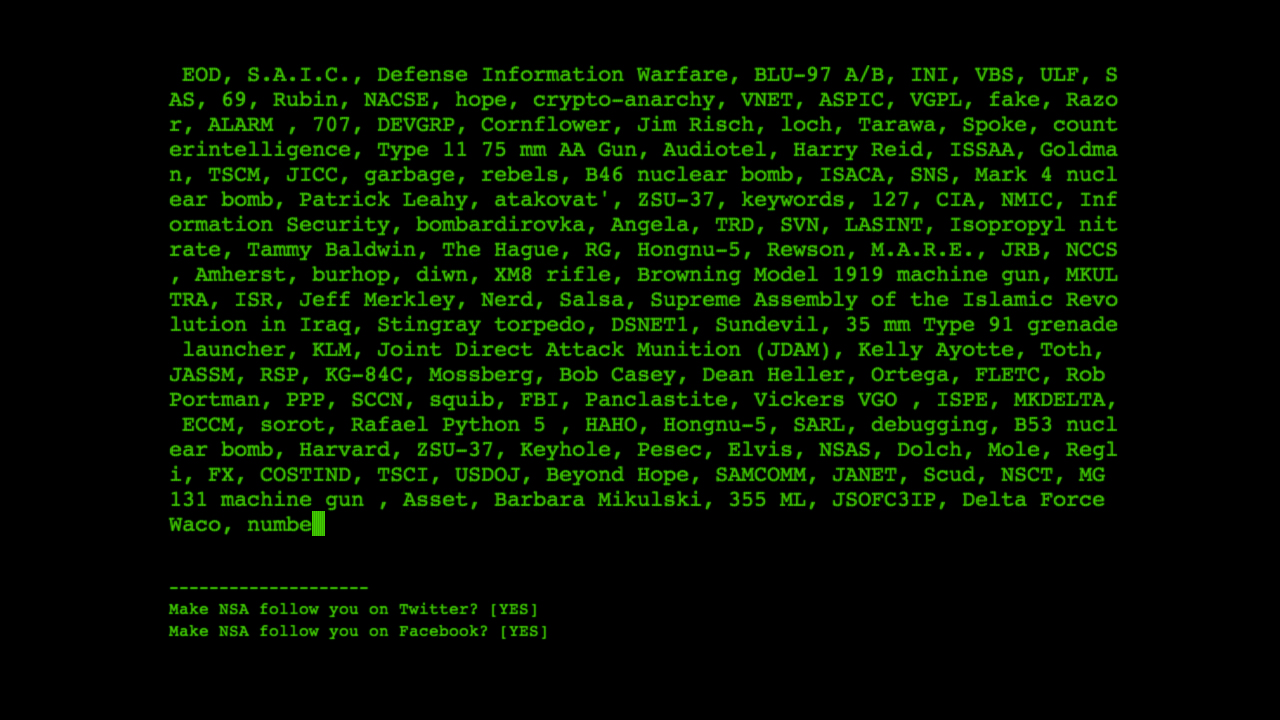 If you didn’t get to troll the NSA yet, don’t worry. In response to the troubling exposure of the PRISM internet surveillance program — and the general public’s vast response of WHAT THE FUCK, R U SRS? — here’s a brand new project from Carlos Sáez (of Cloque.Org) and Anthony Antonellis (of NetArtNet.Net) for fun.

TriggerTreat.net generates a seemingly endless list of “trigger words” that will get the NSA to get very interested in your internet life and lets you easily post them to Twitter and Facebook accounts. You are not going to run of fresh words. There are more, more bad, bad words.

“These are words from official trigger word lists,” Carlos tells ANIMAL. “They’re also keywords said politicians in the US and in countries the US is in conflict with, names of soon-to-be-criminalized drugs, weapons — Russian weapons, Korean weapons — bombs, names of hackers and internet ‘terrorists,’ chemical elements than can explode when you combine them… Anthony said we had to do it now, now, now. Tomorrow it will be too late.”

Why’d they do it? “Because Carlos thought of it in the middle of the night,” Anthony says. They worked on it over Skype — Carlos made the word lists, Anthony did the programming, both schemed the troll. “We’re gonna go to jail if you read our Skype log! It’s all trigger words!”

Go to TriggerTreat.net, have fun.