Kafka Was an Asshole 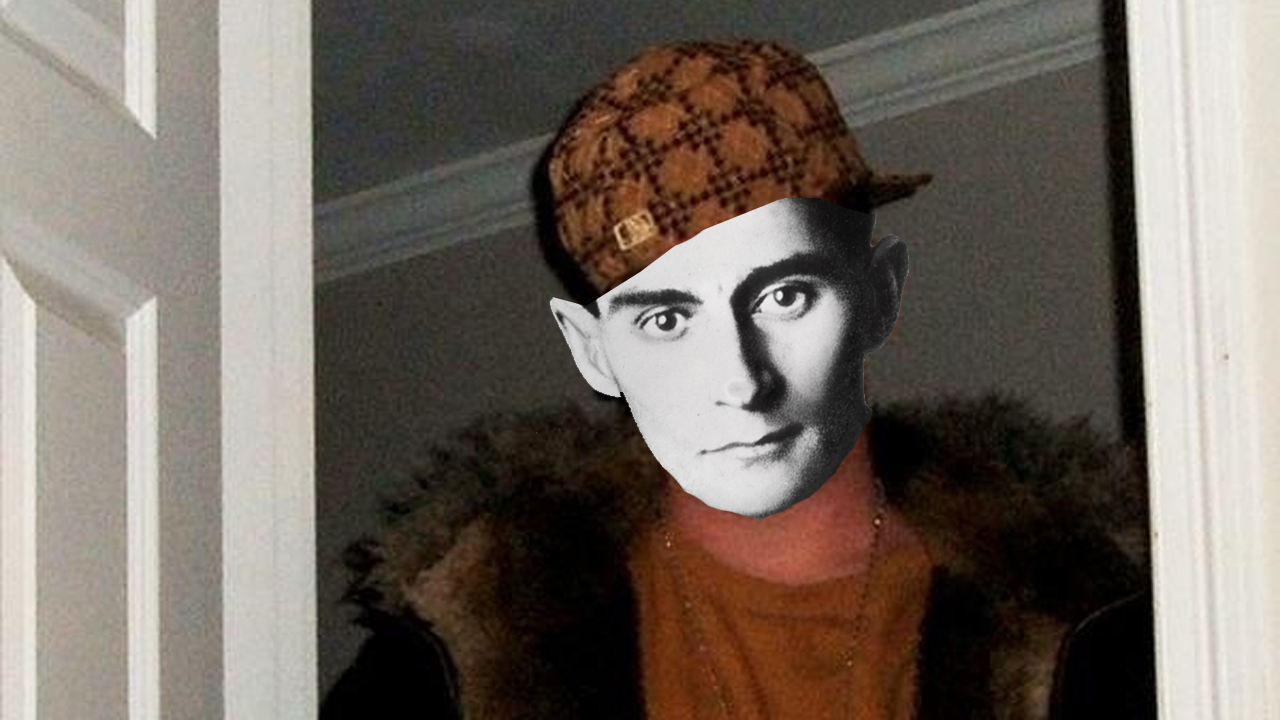 Richard Marshall reviewed Kafka: The Years Of Insight, the third and final part of Reiner Stach’s Kafka trilogy from Princeton University Press, 2013 and “the loneliness, horror, disgust and shame of writing” and “the awful presence of Kafka, even a Kafka mediated by biography” is almost “too unbearable, too destabilizing, too unnerving.”

In other words, this really good writer is kind of self-involved.

Kafka writes letters and diaries that make clear that he has only one subject and that is himself as literature. ‘I have no literary interests; I am made of literature. I am nothing else and cannot be anything else.’ Decisive in this identity, Kafka frees himself from ties that bind those with merely an ‘artistic bent.’ In this Kafka is not an ascetic but rather a Nietzschean hedonist hell bent on following the ‘long logic’ of a life of genius where rules of the non-genius are irrelevant and dedication to his art his only consolation and purpose.

His strange obsessions with health and food and his body strike Stach as a species of asceticism. ‘There is little doubt that anxiety about his porous identity and his fear of dissolution, liquifaction and, ultimately, death gradually compelled Kafka to develop an ascetic survival strategy… fear of sex… does not account for the single-mindedness with which he clung to asceticism for the rest of his life or the highly imaginative manner in which he subjugated one area of his after another – eventually even literature – to an ascetic form.’

But Kafka is just writing and the more you read the life you see that everything he wrote was about getting the writing precise, not the life right. The reality is a pretty funny and banal soap-opera episode: he’d been caught out chatting up two women and then found himself sitting with them both having to explain himself. All that is extraordinary is that he uses it as a platform for producing startling images and narratives of such weirdness that they breech hermeneutic form and settle as opaque allegory.

What a drag. Good writer though.