The Kids Are Coming Up From Behind:
Yung Lean Takes Over Bushwick 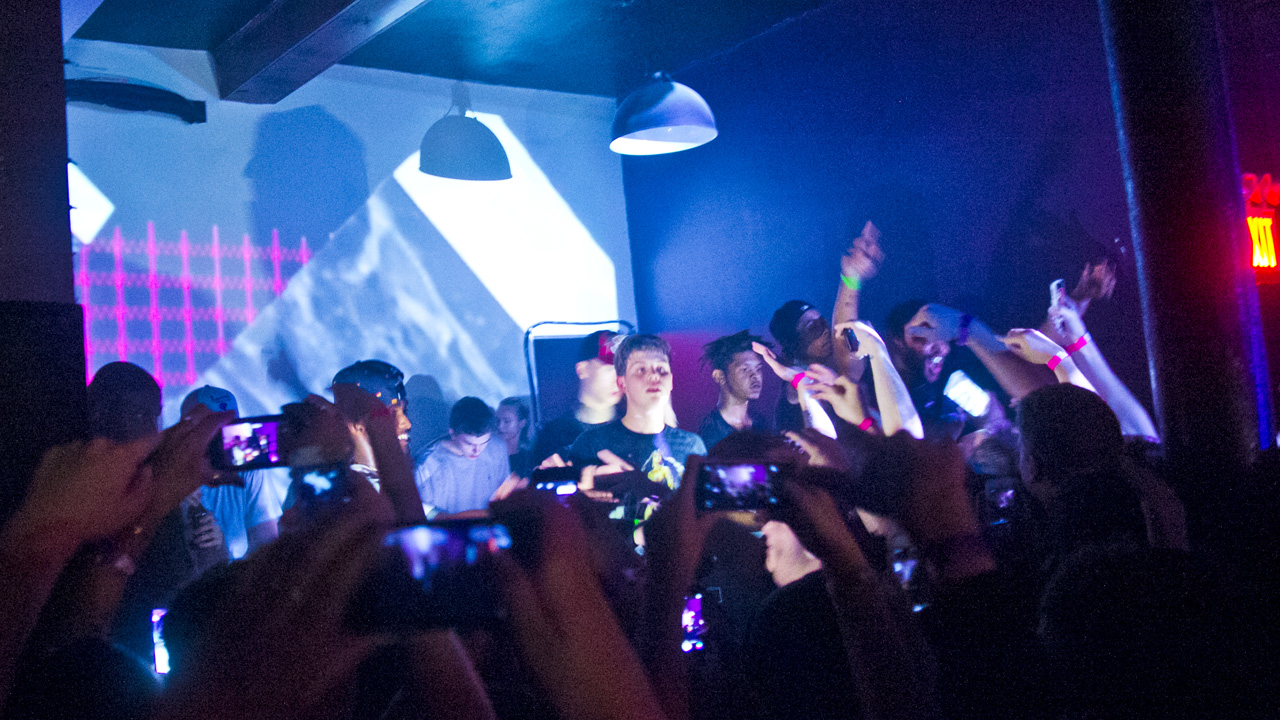 “Yung Lean is part of rap’s long tradition of doing it all wrong,” ANIMAL’s Brandon Soderberg wrote about the Swedish internet rap darling a few months ago. Stylistically, maybe, but at Yung Lean’s victory lap show last night in Brooklyn it was clear he’s doing something right. His fans, pastel weed-leaf printed kids out on a weeknight, weren’t excited because Lean breaks hip hop’s long established tropes. They were excited because he’s created new ones.

The recent college grads who stood in front of me in the long line outside, smoking joints and bandying about slang I’ve never heard used offline, rapidly referenced post-internet acts and earnestly rapped entire Yung Lean songs verbatim with no apparent shame. A non-female person wearing a dress behind me informed their friends that this show would be the perfect place to pick up boys. Rapper Le1f danced through opener Suicideyear in the increasingly sweaty air condition-less Palisades as we waited for Lean to appear. The crowd alternated between chanting “SAD BOYS” and rapping a cappella, their bucket hats bopping up and down through the haze… for hours.

At almost midnight, when even the most energetic teens seemed to be feeling the dehydration, Lean finally appeared onstage. Everyone turned up faster than you can scream “AriZona Iced Tea.” Hyper-sincere enthusiasm poured from mostly-pale sweat-drenched faces as hands were flung in the air and songs rapped again along with their author.

Many of the shows attendees weren’t old enough to drink the contraband Phrosties the venue was selling for $15, but no one seemed to be having a bad time. Lean is a rapper of this young generation. It was clear that the few years separating us were meaningful, the difference between our ability to remember a time before web browsers. His awkward emotional honestly is a beacon for those who have lived their adolescence in public, who are no longer content with pretending everything’s cool.