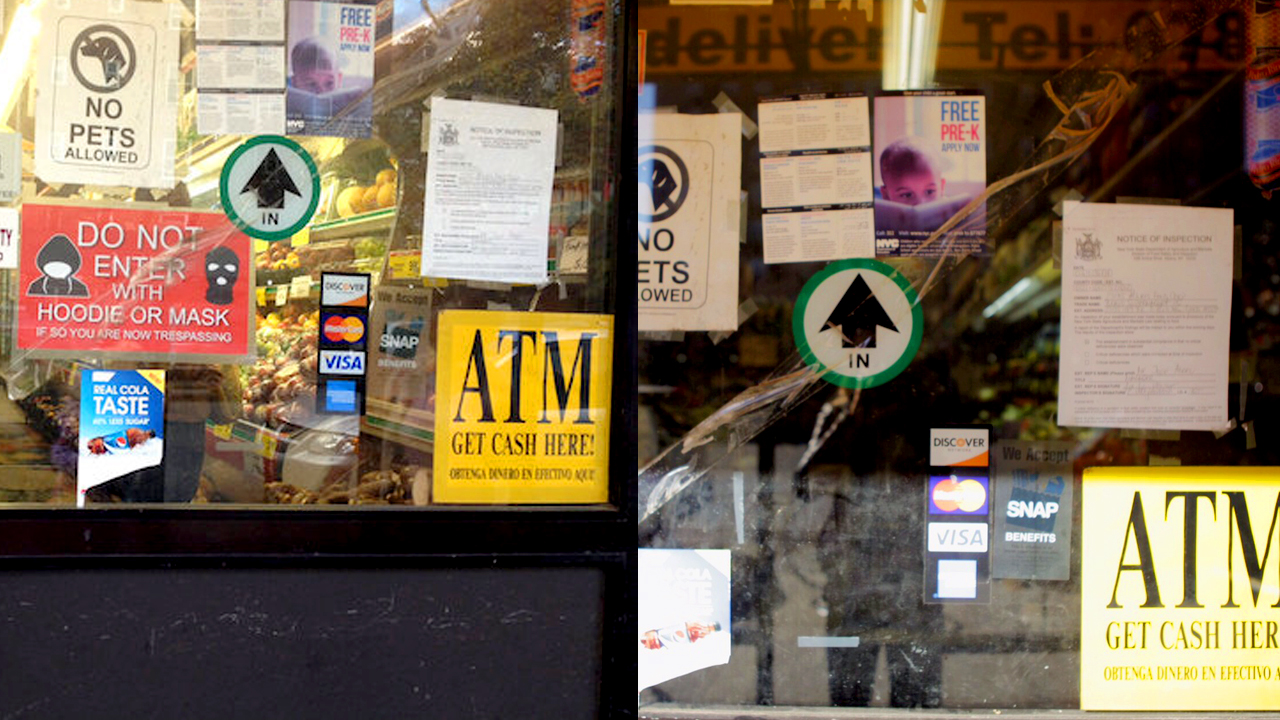 Two businesses in Harlem that posted the controversial “Do not enter with hoodie or mask” signs have recently taken them down.

On Thursday morning, ANIMAL visited both the Bravo supermarket and Kings Deli on Frederick Douglass Boulevard and the signs were no longer posted at either one.

When I walked into Bravo earlier, I had asked one of the cashiers about the sign, who then directed me to the manager. Five minutes later, after re-entering the store, she saw me and began telling him in Spanish what I was asking about. I introduced myself to the manager, Jose, and asked if he took down the sign.

“Yes, because most people don’t agree with it,” he said. “Not even me. I don’t agree completely with that.”

I asked him if he was the one who put up the sign to begin with and then he stopped talking, waving his hands to say “no” like a blackjack dealer.

Directly next door at Kings Deli, the man working the register wanted no part of the sign in question.

“I have nothing to do with — I’m new I just started two days ago,” he said.

Though Harlem storeowners seem uncomfortable with the signs, they are still posted elsewhere in New York. As of Thursday morning, the posters were visible in the storefronts of Myrtle Grocery, Clinton Hill Express, and Farmer in the Deli in Fort Greene.