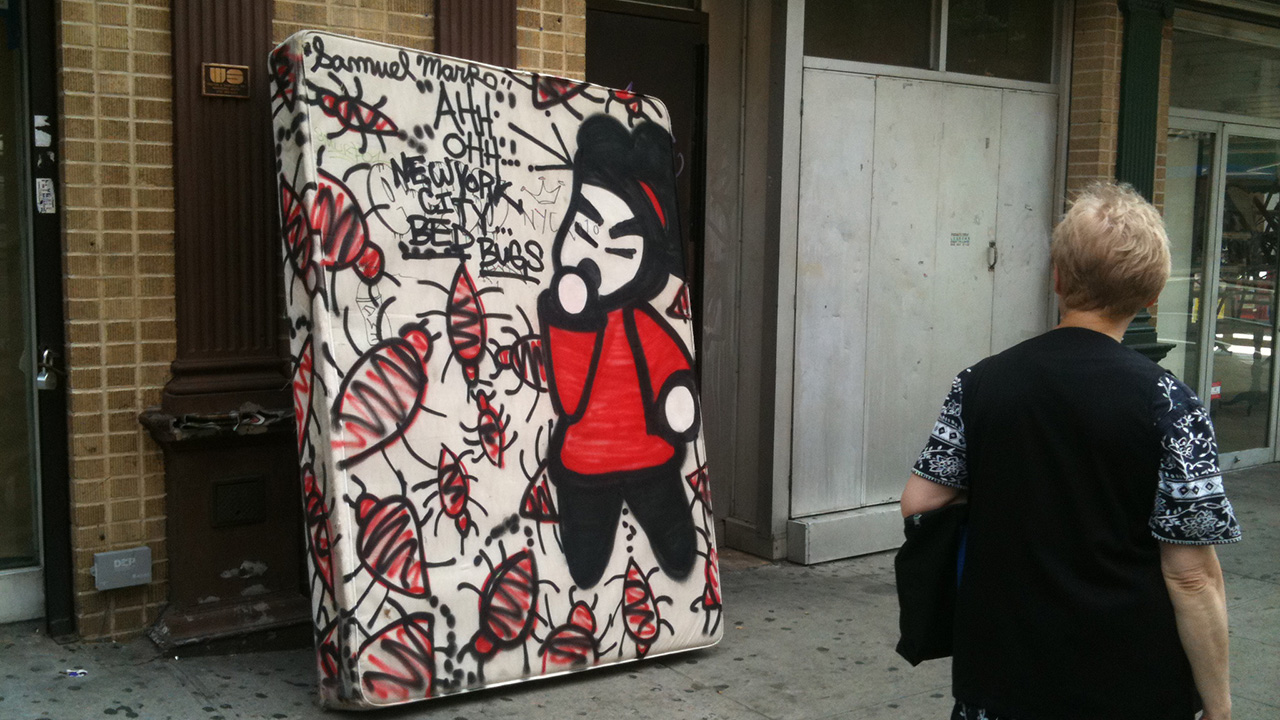 Meet Simon Fraser University scientist Regine Gries. Along with her husband Gerhard, she’s part of a research team in Canada developing a trap that would effectively combat bedbug (Cimex lectularius) infestations and she’s hard-fucking-core. Every week, for five years, she has allowed over a thousand of the grisly parasites to feed on her blood, totaling 180,000 bites. Gries is apparently a mutant:

She became the unintentional “host” because, unlike Gerhard, she is immune to the bites, suffering only a slight rash instead of the ferocious itching and swelling most people suffer.

The vampiric experiment eventually paid off when the the team isolated a chemical that makes humans so enticing to the abominable insects:

After two years of frustrating false leads, Britton, his students and the Gries duo finally discovered that histamine, a molecule with unusual properties that eluded identification through traditional methods, signals “safe shelter” to bedbugs. Importantly, once in contact with the histamine, the bedbugs stay put whether or not they have recently fed on a human host.

Unfortunately, the histamine alone wasn’t bedbug catnip. It took tens of thousands of more bites to sort it out:

Five months and 35 experiments later, she had found three new volatiles that had never before been reported for bedbugs. These three components, together with two components from their earlier research and, of course, histamine, became the highly effective lure they were seeking.

The scientists hope to make a commercially available trap next year and hopefully eradicate the nightmarish insects and send them right back to Hell from whence they came.