What’s Up With All That Rust on the Very Expensive WTC Train Station? 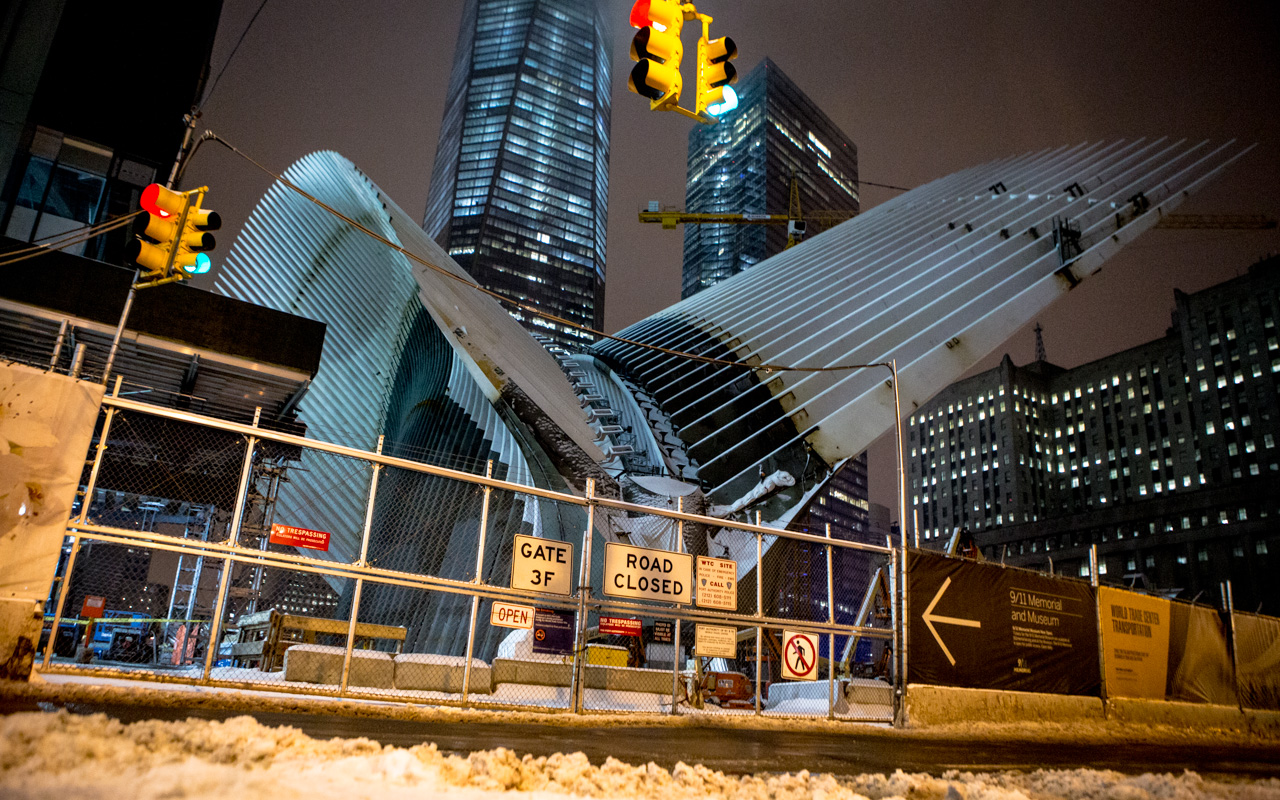 Not only is the massive new WTC transit hub over budget and very delayed, but it is also rusting. And, unlike the Barclays Center, the brackish color isn’t part of its design.

CityLab writer Ben Kabak first noticed the discoloration in October, writing, “The stark white design of Calatrava’s rafters hulk over the streets even as the visible joints and rust coloring give it a rundown urban chic look.” On Monday, the Observer’s Kim Velsey dug into the mystery further, observing that the avian-inspired structure is no longer “the snowy white of dove’s wings, but the splotchy brown of a pigeon’s, densely speckled with unsightly rust.”

So what gives? Velsey reached out to architect Santiago Calatrava’s team, and they explained:

“This type of local corrosion is perfectly normal in any steel works on-site while the welding procedure is ongoing because the steel is still unprotected,” a spokesperson for the architect wrote. “Once all of the welding is done, the steel will be blasted, cleaned and the appropriate corrosion protection system and paint will be applied.”

Fair enough. We’ll have to check back when the building, over a decade-in-the-making, is finally completed at the end of this year. In the meantime, check out ANIMAL’s photos for an exclusive close-up look of the hub, rust and all.