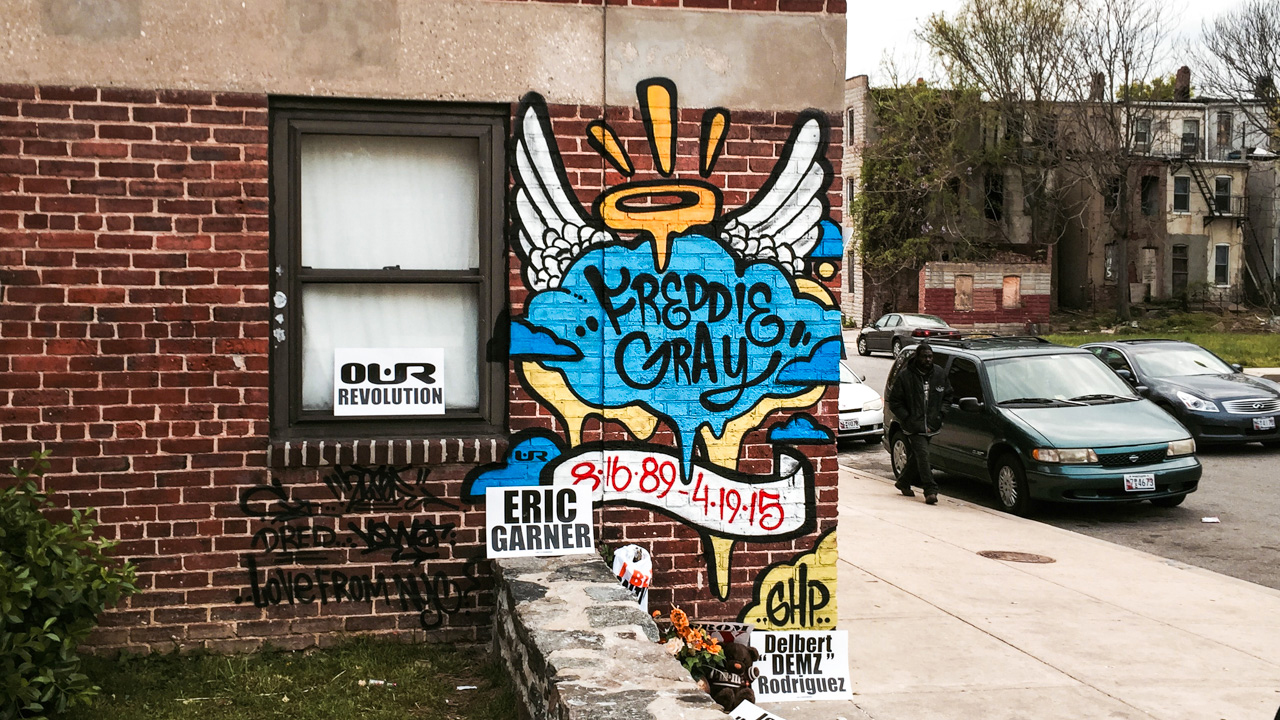 Over the weekend, a pair of graffiti artists from New York City went to Baltimore to create a tribute for police brutality victim Freddie Gray. Writers 2ESAE and VEW painted the memorial piece at the Gilmor Homes housing project where Gray was arrested and last seen alive. Already, it has spread throughout social media and has been featured in Lor Chris’s rap video. Amazingly, 2ESAE and VEW painted the unsanctioned artwork without any cover, during the day.

“Everyone needs a tribute, a mural somewhere they can be remembered. This goes out to all the Freddie Grays their families and all those lost. Rise up!” said 2ESAE to ANIMAL about the homage.

Gray was fatally injured while in police custody in April, sparking days of peaceful protests and demands for justice against the officers. On Monday, hours after Gray’s funeral, riots broke out in Baltimore; the city imposed a 10PM curfew and called in the National Guard. On Friday, Baltimore’s state attorney Marilyn Mosby stunned the nation when she brought charges against the six officers involved in Gray’s arrest and eventual death. The city then moved towards calm, and by Sunday, the curfew had been lifted and the National Guard started packing up.