Mayor De Blasio Experiences The Pain of A Long-Delayed Train 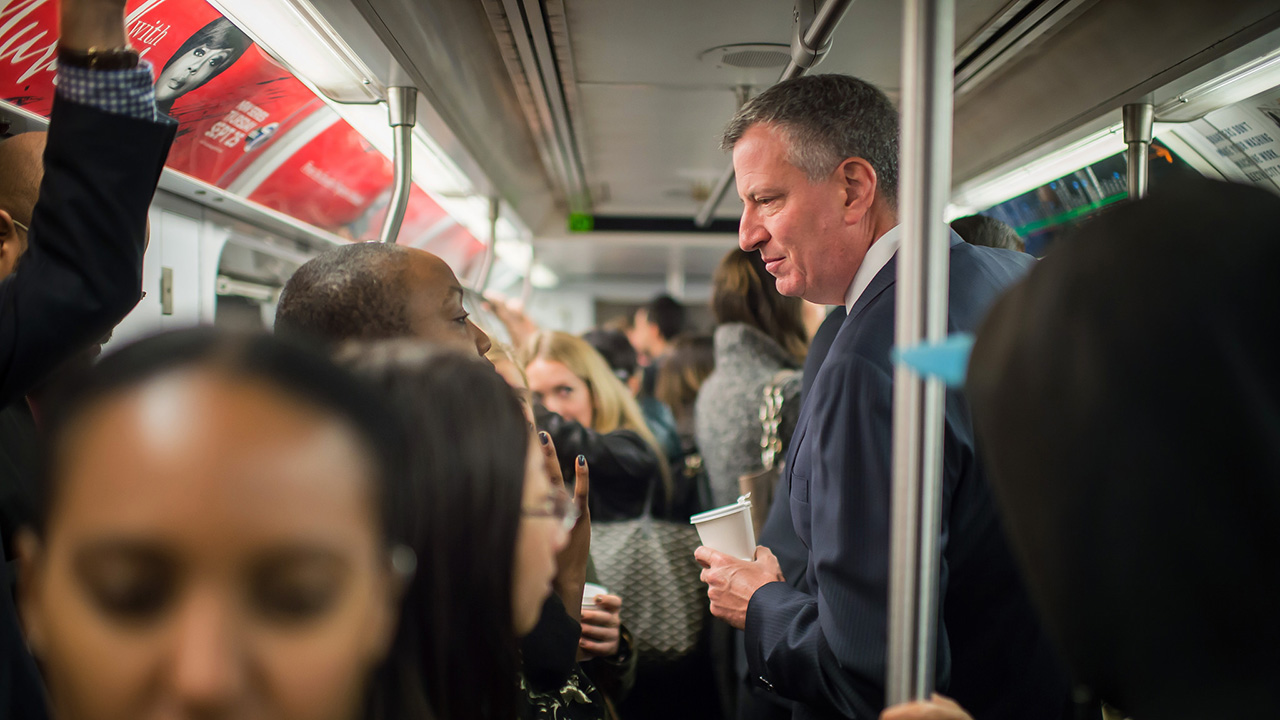 Waiting for a delayed train is one of the small agonies of New York City life. As the minutes stretch on, it becomes less and less certain that a train is ever coming, and people begin to worry they’ll be trapped there forever. The MTA doesn’t offer any solace. Even if there is an announcement, there’s no explanation, and delays are happening more and more. On Monday, this frustration happened to one of the few people who is in a position to try to do something to fix the plague of delays: Mayor Bill de Blasio. And he was pissed.

An email de Blasio fired off to staffers (and, accidentally and hilariously, to a New York Times reporter), sent soon after he finally got off the train and ended his odyssey begins with a no-bullshit subject line: “2 problems today.” His first issue: His vehicular detail left as soon as he went into the station, leaving him trapped, as trapped as any regular person who has to rely on the train to get around. His second issue: the train he was waiting for was delayed by 20 minutes.

“We waited 20 mins for an express only to hear there were major delays,” Mr. de Blasio wrote. “This was knowable info. Had we had it, we would have avoided a lot of hassles.”

It took 20 minutes to announce that there were delays! Incredible. De Blasio was on his way to a TechCrunch event. If a company TechCrunch covers delivered such a terrible user experience, they would go out of business quickly. But not the MTA.

Hopefully, this event will inspire de Blasio to attempt some kind of transit reform that could lead to fewer breakdowns and delays; more funding to public transit; or even just a better system of letting people know when the train is about to let them down.