#BanksyNY 11: “Sirens of the Lambs,” A Stuffed Animal Truck in Meatpacking 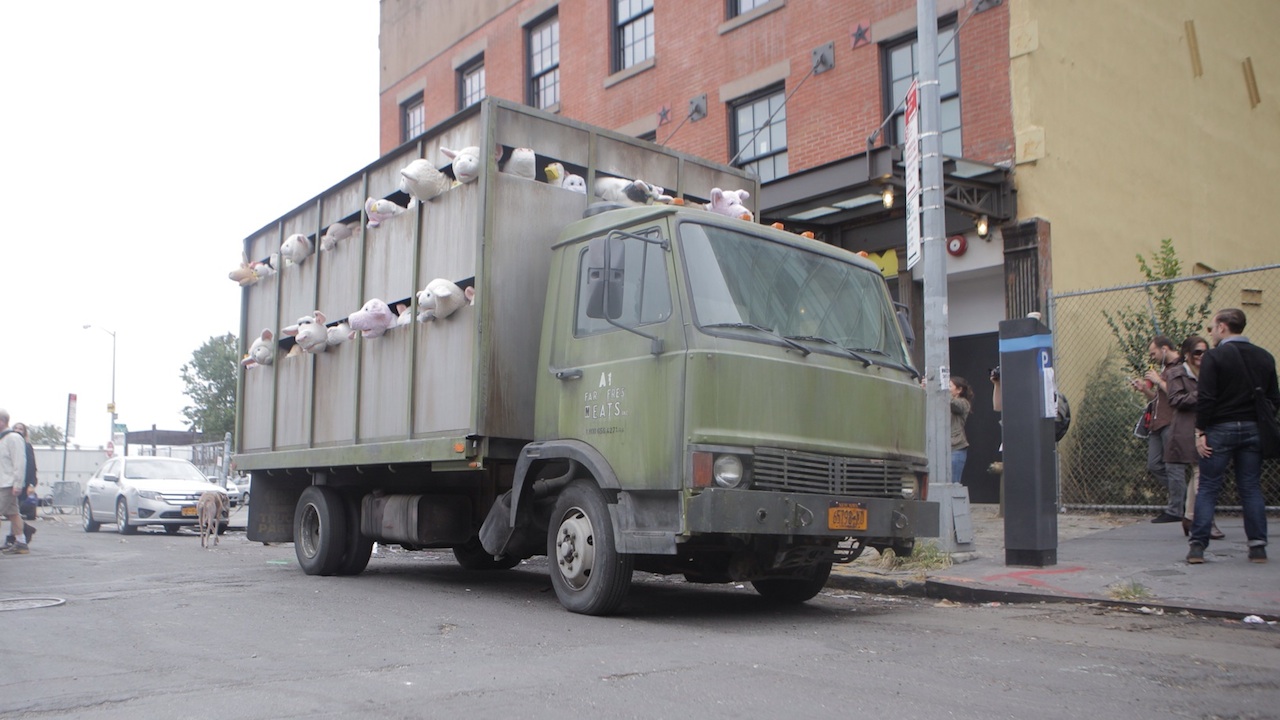 As was expected, the next piece of Banksy’s “Better Out Than In” series is this truck full of squealing stuffed animals. It’s called The Sirens of the Lambs, and it’s apparently going to be rolling through the Meatpacking District today. The audio guide isn’t working for us, but we’ll update if and when it does.

UPDATE:The truck has been moving around, but as of 1:25PM it’s parked at 56 Little West 12th Street. See some photos in the gallery. UPDATE 2: Now with video.

Here’s the audio guide and a video uploaded to Banksy’s YouTube channel:

The best part: a note at the bottom of Banksy’s post.

Please note: If you’re the person who stuck a tracking device on the garden truck you’re now following a car service in Queens.

Spotted it? Let us know.