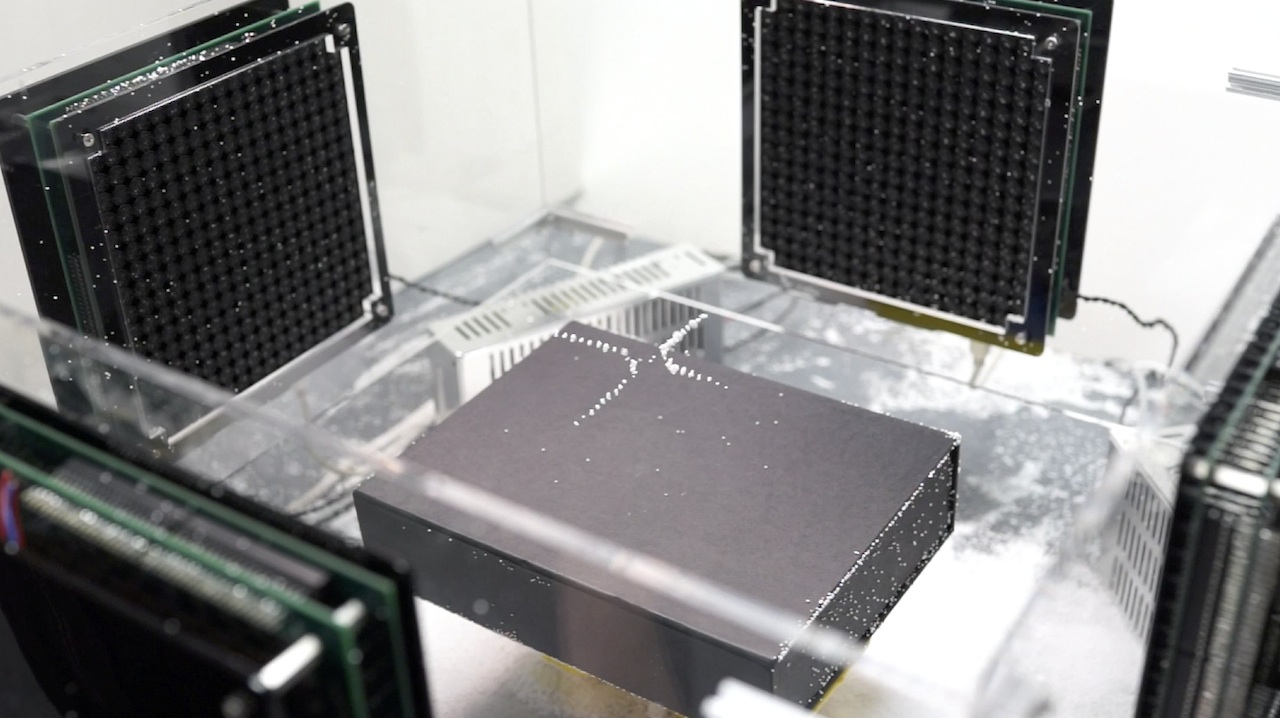 In the above video, researchers from the University of Tokyo use sound to make small particles hover in mid-air, a scientific magic trick that’s been done before but remains no less wonderful. Researcher Yoichi Ochiai explains on his website:

It is known that an ultrasound standing wave is capable of suspending small particles at its sound pressure nodes and, so far, this method has been used to levitate lightweight particles, small creatures, and water droplets.

The acoustic axis of the ultrasound beam in these previous studies was parallel to the gravitational force, and the levitated objects were manipulated along the fixed axis (i.e. one-dimensionally) by controlling the phases or frequencies of bolted Langevin-type transducers. In the present study, we considered extended acoustic manipulation whereby millimetre-sized particles were levitated and moved three-dimensionally by localised ultrasonic standing waves, which were generated by ultrasonic phased arrays.

For more information about how sound as a physical force can be used to make things fly, see our previous post on the topic.