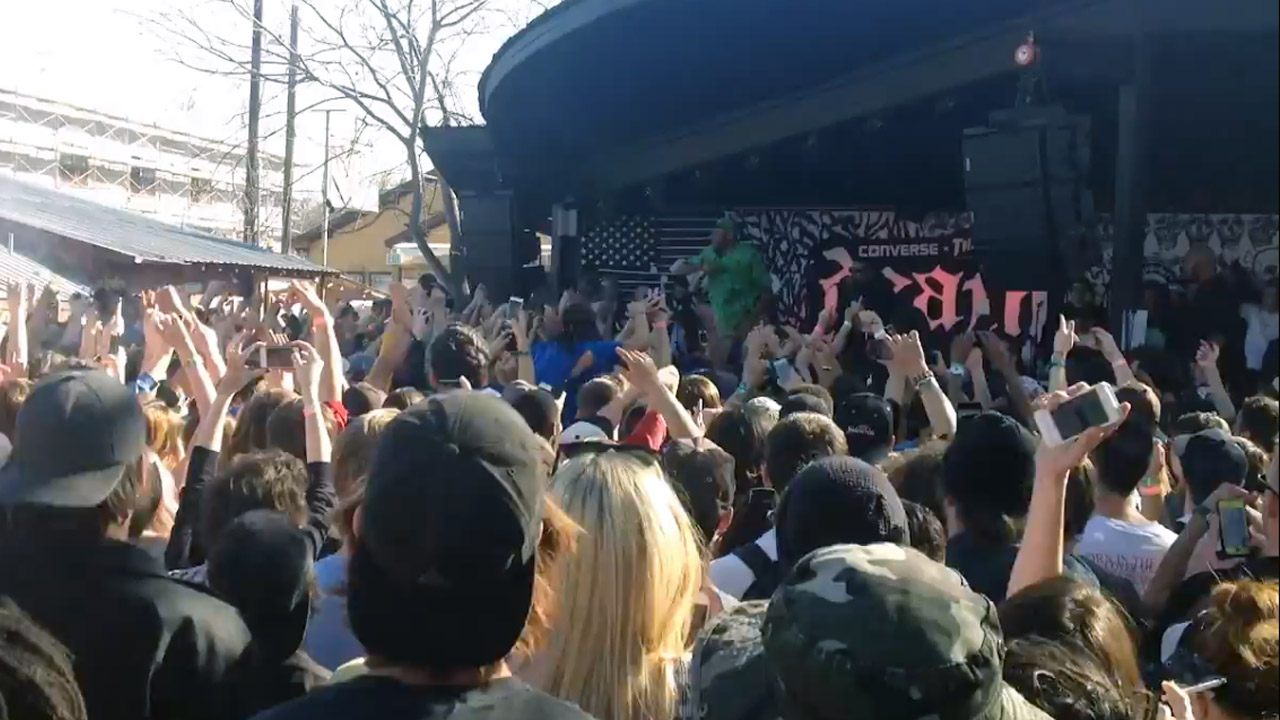 Hip hop weirdo Tyler the Creator was charged with inciting a riot during a SXSW show Thursday night. After taking the stage at the Converse/Thrasher “Death Match” event, which was packed to capacity, police say he encouraged fans waiting outside to push their way through the entrance. They obliged. He was arrested two days later at Austin-Bergstrom International Airport and then released on a $25,000 bond.

But was it a riot or what happens at major retailers every Friday following Thanksgiving?

Below is a video of people doing the same thing at the same venue in 2011… without any instigation from the rapper.