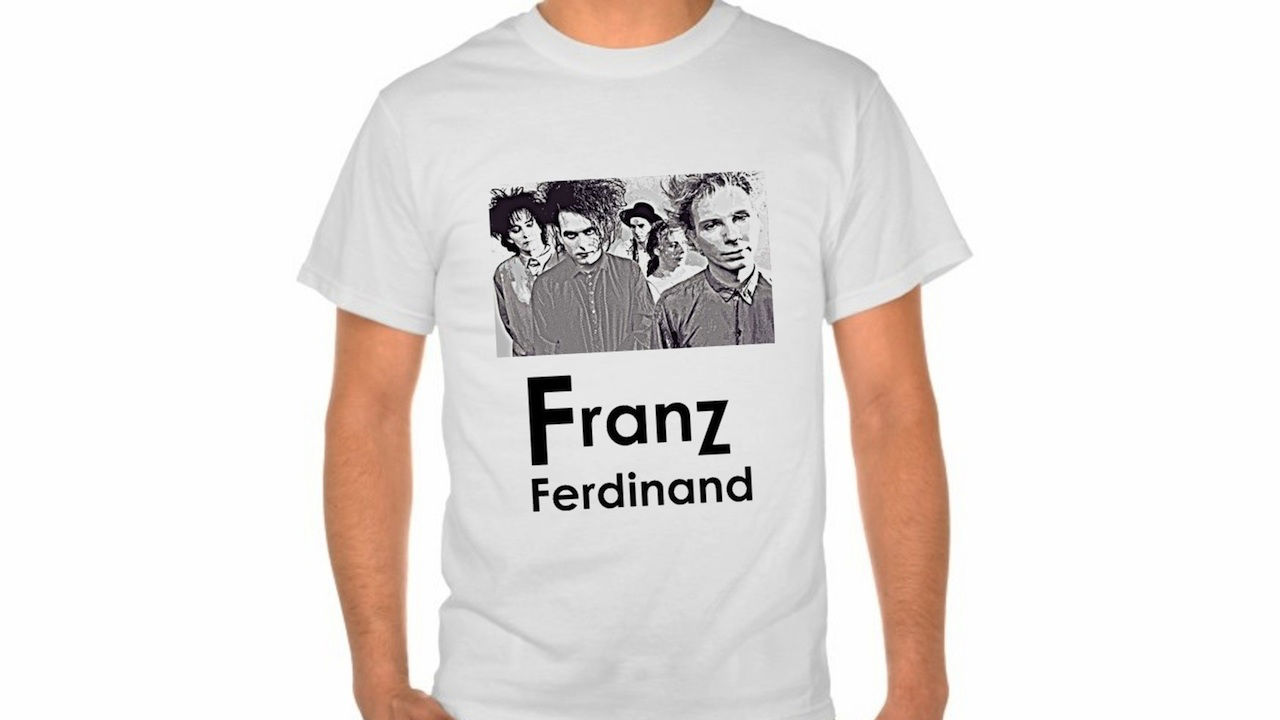 Perhaps you’ve seen those maybe-for-real-maybe-ironic “wrong” band t-shirts, which pair the image of one artist with the name of another. (This Bob Marley/Jimi Hendrix mashup is probably the most famous example.)

Hipsterbait, a project by the artist Shardcore, takes the concept a step further, algorithmically generating a new shirt every day and instantaneously offering it up for sale. He explains on his site:

The pleasure in these cognitively dissonant juxtapositions comes from our recognition that they come from the same class of things, but the referent is wrong. One of the most popular examples emerged immediately after the death of Lou Reed, featuring an image of Iggy Pop. It’s delightful because it allows us a moment of smugness as we recognise the ‘mistake’ being made. We wear this pun on a t-shirt as a form of social signaling – ‘Look at this joke I’ve recognised, do you recognise it as well?’ – it allows us to show a particular aspect of our taste to strangers, displaying an glimpse of our inner mental life to the world at large. For this to work, the juxtaposition has to be from the same domain; Lou Reed/Iggy Pop works, but Lou Reed/Katy Perry would not.

See some highlights in the gallery.