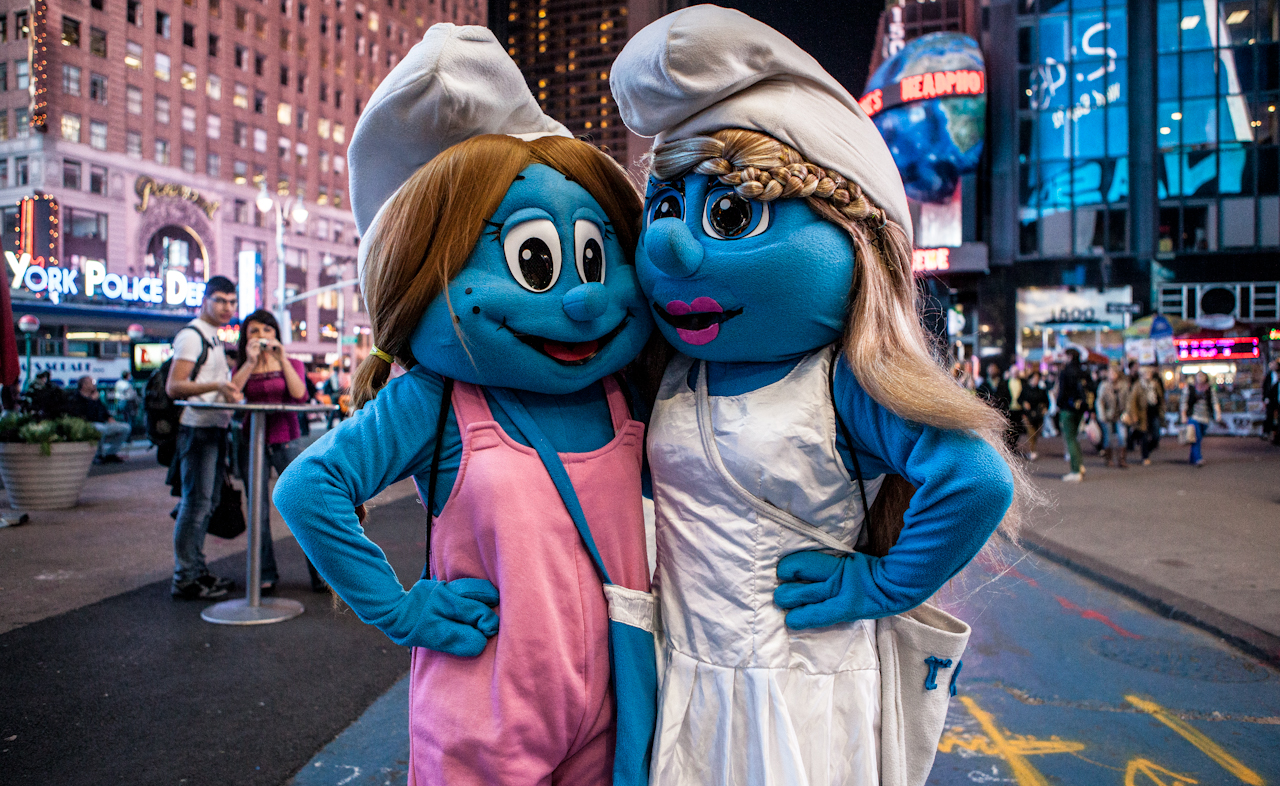 Two parents, one of whom unironically describes himself as an “thinker, disruptor, innovator, dad,” have launched a rather soulless Indiegogo campaign to cater to the whims of their 6-year-old daughter, seeking to “Get greedy Elmo & others OUT of Times Square!”

The idea came from little Kamila, who got sad that Minnie Mouse or Elmo might want money to hug her:

When children see Elmo, Minnie and Princesses, they want to hug them, tell them that they love ’em, and take pictures with them. But they (characters) tell parents to give them a lot of money, and if children or their parents don’t, they (Elmo & others) become mean and don’t want to take pictures.

Her parents encouraged the outrage, writing:

When was the last time you saw Elmo hustling parents for tips at Sesame Park? What happens in children’s minds when spiderman wants 10 dollars for hugging them? Do they assign a 10 dollar cost to affection? What’s next, tipping Santa?

Little Kamila may not yet know it, but surely her parents do — that stores do assign a dollar cost to this affection, as these Elmos and Santas get paid to handle snotty-nosed kids; they are not working out of the goodness of their hearts or to spread Christmas cheer.

Yet, the two Brooklyn parents see this as a problem, and their solution is to raise $20,000 in order to buy costumes for Kamila, her friends, and “adult volunteers” and then parade around in Times Square and give people hugs for free. Seriously.

The most terrible part of this terrible campaign is that Kamila’s parents present it in dumb start-up technospeak. Imagine this coming from the mouth of Silicon Valley’s Erlich Bachman:

Ingenuity of Kamila’s solution is that it will disrupt the “market” by instantly oversupplying it with free service and creating a paradigm shift. The hope is that once NYC visitors and residents will experience the FREE HUG with Characters, the perception and expectation will shift to create the new “demand” for free hugs and pictures. In turn, the demand should drive more volunteers out to deliver the “service” for free, due its quick emotional reward mechanism. In addition, we expect the business community, including appropriate copyright holders to react appropriately and support Kamila’s vision of Times Square.

While there are a few bad apples among the mascot lot, who have gotten in trouble for aggressive panhandling, violent behavior, and other weird stuff, the city is already cracking down and trying to regulate the industry. It is doing this without advocating others to steal their business from them. Here’s a reminder, per the Times, that the majority of the mascots are just trying to scrape together a living:

These costumed characters earn their living through the money that they sometimes receive after posing for pictures. City laws forbid street performers to demand tips or panhandle aggressively, but at the same time they are permitted to accept donations. (The laws creating the differences between the two types of solicitation are fuzzy at best.) Many of the performers do not speak English, and may not be fully aware of the rules.

Keep in mind that some of these performers live with the fear that industry regulation will “make it more difficult to support themselves and their families, and potentially put some of them in danger of being deported.”

And here’s yet another reminder: Taking a photo with the mascots is optional, as is tipping them.

Rather than giving your money to Kamila’s parents to fund a dress-up day for her and her pals, why not donate that money to people who actually need it? Like, say, some of the friendly mascots.