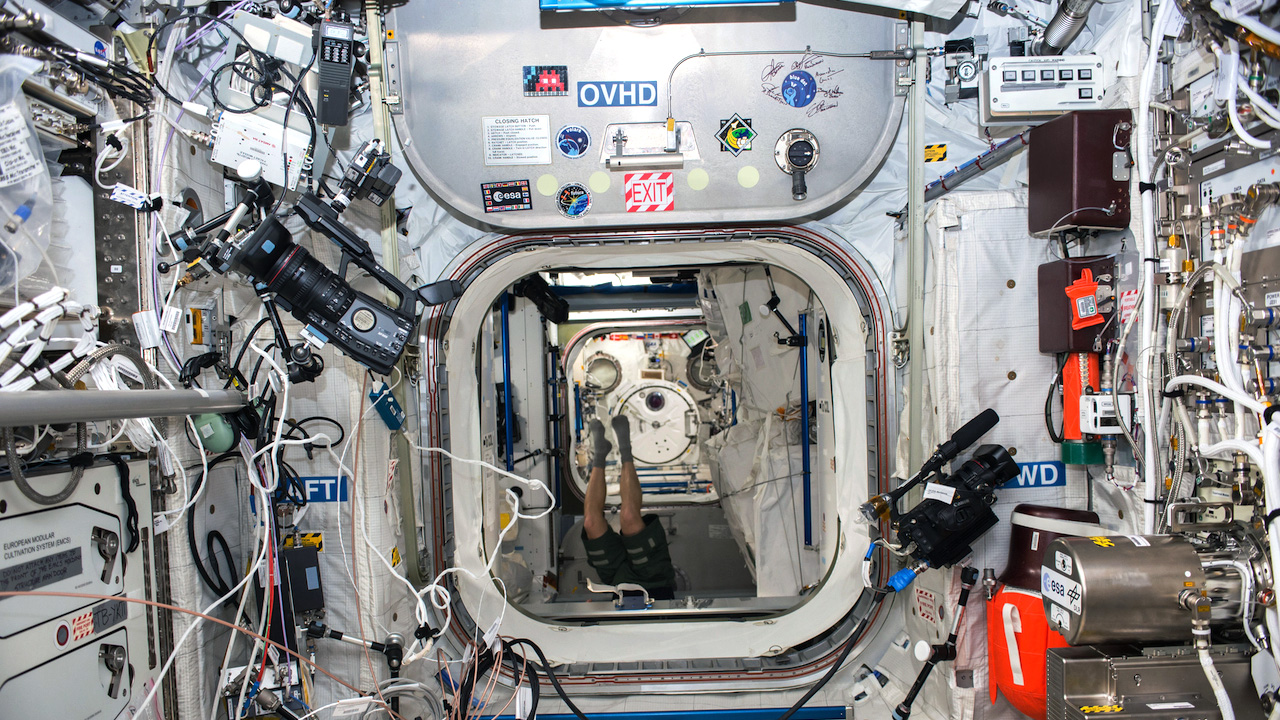 After months of floating around the ISS and getting toyed with by Italian astronaut Samantha Cristoforetti, one of the two mosaic tiles created by French street artist Invader for the European Space Agency has been permanently affixed to the Columbus module, the facility’s major laboratory floating 249 miles above the Earth. Early Thursday, Cristoforetti tweeted a photo of the tile, writing: “I’m happy you found your spot here in #Columbus… we might need help with our @esa experiments.”

In February, Invader, who’s quite the space enthusiast, glued up an identical tile which measures about 2 x 2.75 inches inside an exact mockup of the lab at the agency’s astronaut training center in Germany. He also did some extra invading just outside of the module (pictured below) and in places around the facilities.

The tile that went to the space station was ferried there aboard an ATV-5 spaceship that launched on July 29, 2014. Cristoforetti teased several images of “Space2” on Twitter with the hashtag “#space2iss,” representing the ESA’s collaboration with the artist that includes Invader traveling to the space agency’s major facilities and installing custom, space-themed work.

When ANIMAL reached out to the artist about the project recently, he offered this brief statement: “This project is a big step in my space conquest. Next target: the moon!”