How Funny Would It Be If Times Square Billboards Became Illegal? 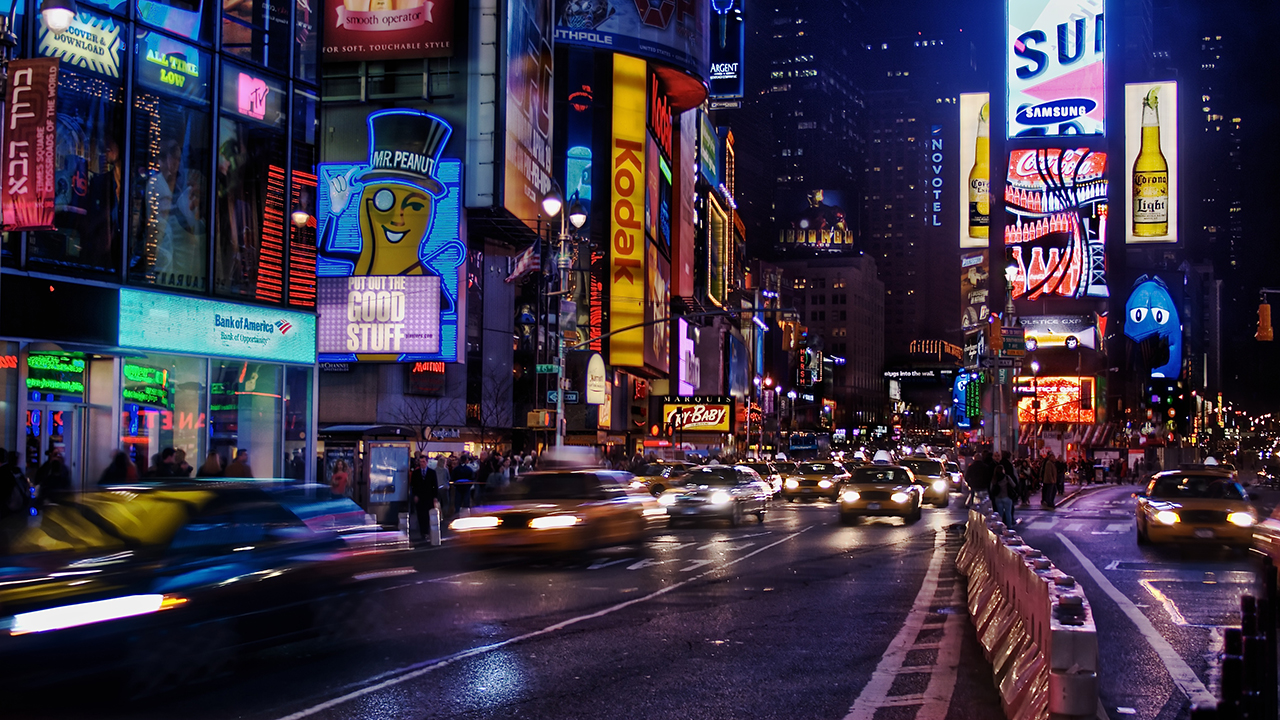 In 2012, some roads in New York City were placed under the jurisdiction of the federal National Highway System. Two of these roads are Broadway and 7th Avenue. The place where they intersect is the heart of Times Square. A side effect of this federal jurisdiction is that these roads are now required to comply with the 1965 Highway Beautification Act, which limits the size of billboards to 1200 square feet. So now, Capital New York reports, the feds are pressuring the city Department of Transportation to either remove the billboards or be subject to a 10% reduction in federal highway funds.

“All these billboards, they no longer meet the Highway Beautification Act requirements, and so now we’re going to have to go through kind of a complicated process with the state to yank them off because the feds are threatening to take away 10 percent of our money,” NYC DOT commissioner Polly Trottenberg said during a panel on city infrastructure last week.

The Highway Beautification Act was distinctly meant for rural areas, not city streets, an NYU professor of urban planning told Capital, so this law is a “gross and heavy-handed effort by the federal government to undermine New York’s vibrant street life.”

The idea of the federal government being so pointlessly and obtusely petty that they’ll make Times Square billboards illegal is on one level hilarious, because it’s so wrongheaded and nonsensical and the idea of the federal government banning advertising in the place that is mostly made of advertisements is interesting to imagine. But on the other hand, it’s insulting and almost frightening that the federal government would threaten New York City with such a capricious misuse of power. Since Times Square billboards are too profitable to go away, this registers as some sort of extortion attempt, like the Highway System noticed a way to extract a tax they’re not really entitled to. The city and state DOTs and the city Department of Buildings are working on a way to keep the billboards intact, and hopefully they can do it in a way that keeps the feds from ripping off the city and building owners too much.

It feels weird to be on the side of landlords, but hey, they don’t deserve to be strong-armed like this.