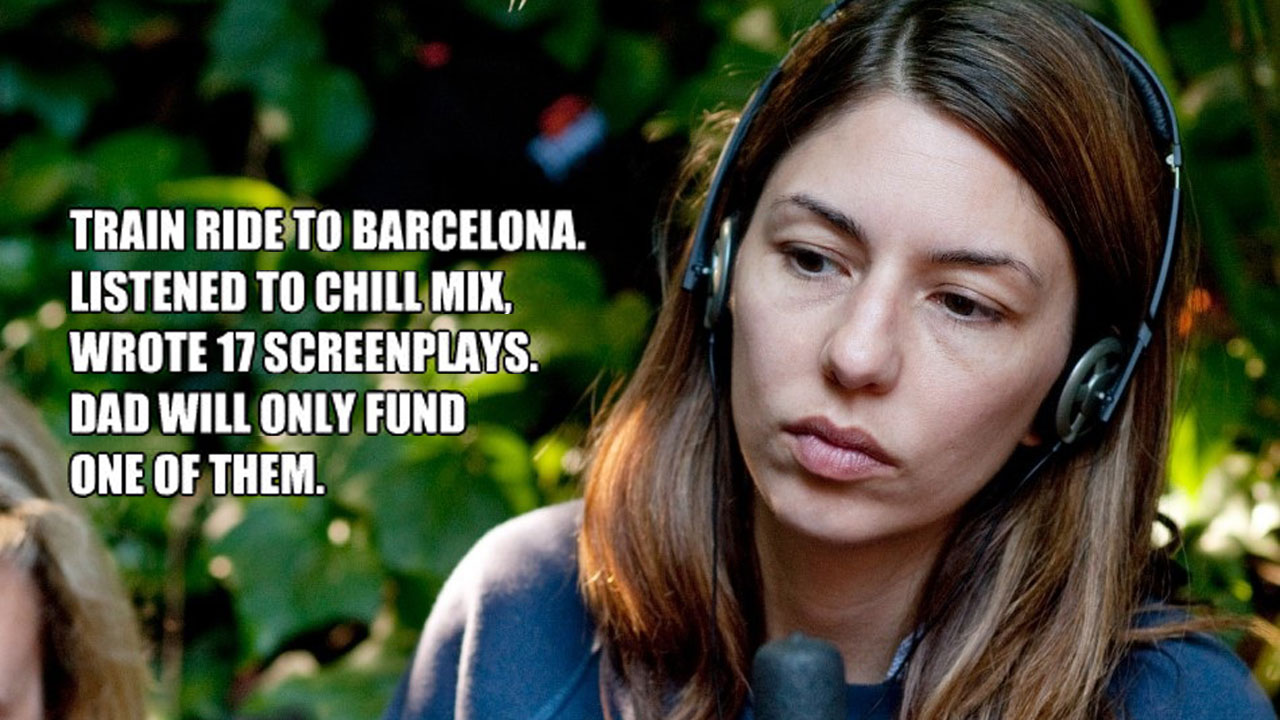 Just like all of us, Sofia Coppola has problems, but they’re a little bit different, because she’s not like us. She’s Sofia Coppola.

Sofia Carmina Coppola (/ˈkoʊpələ/ koh-pə-lə; born May 14, 1971) is an American screenwriter, director, producer and actress. In 2003, she received the Academy Award for Best Original Screenplay for Lost in Translation, and became the third woman (and first American woman) to be nominated for an Academy Award for Best Director. In 2010, with Somewhere, she became the first American woman (and fourth American filmmaker) to win the Golden Lion, the top prize at the Venice Film Festival.

Trade Mark
Sun filmed through leaves
Character seen gazing out of a car window from the outside, looking in
Character walking down a long hallway
Introduction scene focusing on the main character during an unidentified point in time, shown to express their loneliness
Casts former child actors as her leads (Kirsten Dunst, Scarlett Johansson, Stephen Dorff, Emma Watson).
Frequenty uses pole-dancing scenes in her movies