Hellish Lake in Tanzania Turns Its Victim to Stone 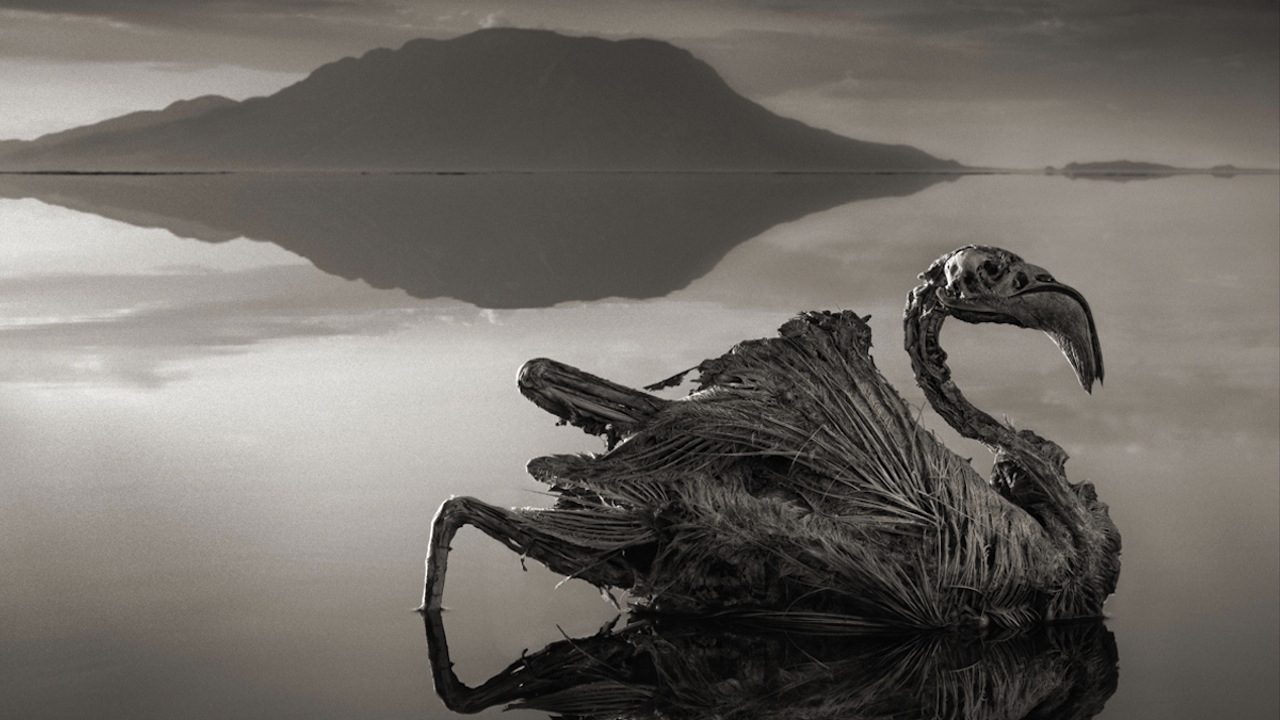 First things first: photographer Nick Brandt posed those dead, petrified birds and bats above before he took pictures of them. But everything else that happened to the animals was wrought by Lake Natron, a body of water in the north of Tanzania that kills its victims, then calcifies them.

The lake’s deadly nature lies in its alkalinity and its temperature; at a pH of 9 to 10.5 it is very basic, and its water can reach up to 140 degrees Fahrenheit. It’s not entirely clear why the birds fly into the lake, though flamingos have been known to attempt to nest when salt islands occasionally form.

Brandt discovered the animals above along the lake’s shoreline.

“I could not help but photograph them,” he told New Scientist. “No one knows for certain exactly how they die, but it appears that the extreme reflective nature of the lake’s surface confuses them, and like birds crashing into plate glass windows, they crash into the lake.”

Across the Ravaged Land, Brandt’s new book of animal photos from East Africa, is available via Abrams books.