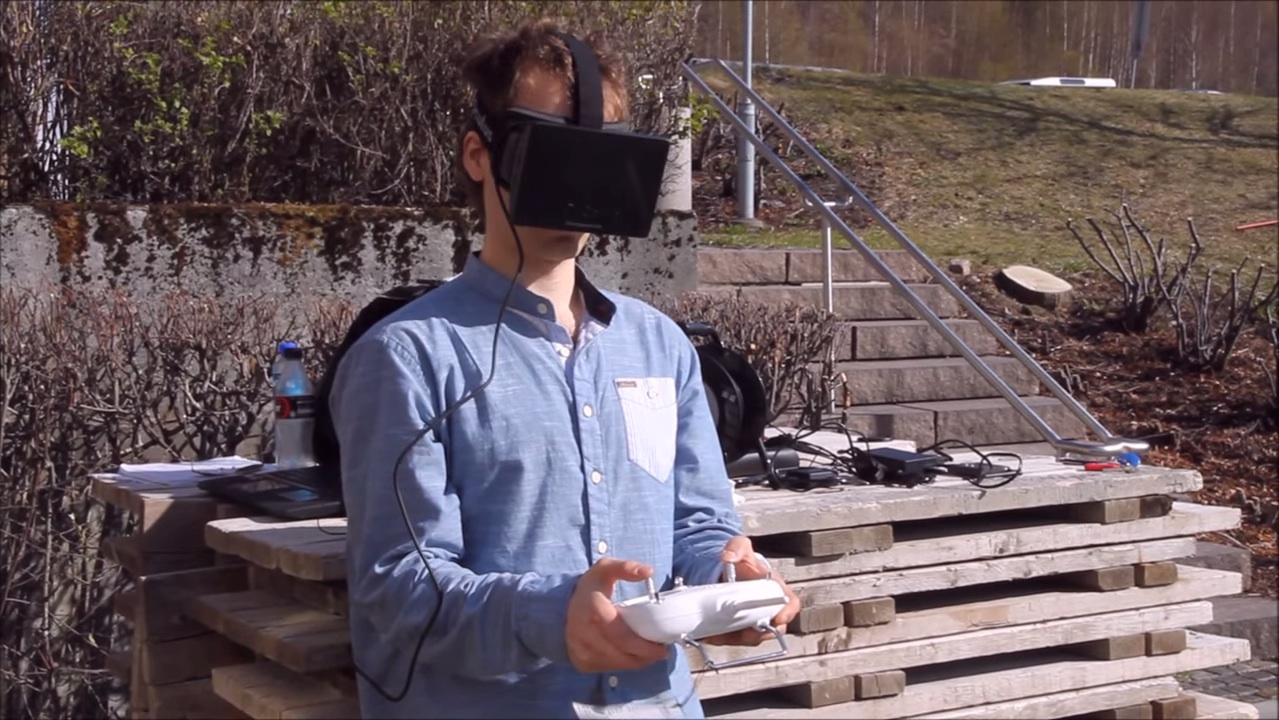 In the video above, researchers from the Norwegian University of Science and Technology pilot a DJI Phantom 2 drone while wearing an Oculus Rift. They’re not piloting the drone with the virtual reality mask, like this guy — just getting a first-person view. Turn your head right, the camera turns right; turn your head left, the camera turns left, and so on.

Why? Aside from “personal enjoyment,” the creators write, there’s also the prospect of using their work to perform visual inspections in dangerous locations:

In this project we have attempted to combine virtual reality (VR) head mounted displays (HMDs) with modern unmanned aerial vehicle (UAV) technology, in order to pilot a DJI Phantom 2 drone through an Oculus Rift. In many situations, the need for access in order to perform visual inspection is important. In environments such as inaccessible terrain and tall buildings, the cost and risk of utilizing a human being as the medium of inspection may be too high. In such cases, a drone mounted with cameras which stream video to a VR headset will be able to perform satisfactory.

You could probably do that just as well with a display that isn’t mounted to your face, but it’s a cool project nonetheless. Looks vertigo-inducing fun.