The Man Who Rode The Subway Naked REVEALED! 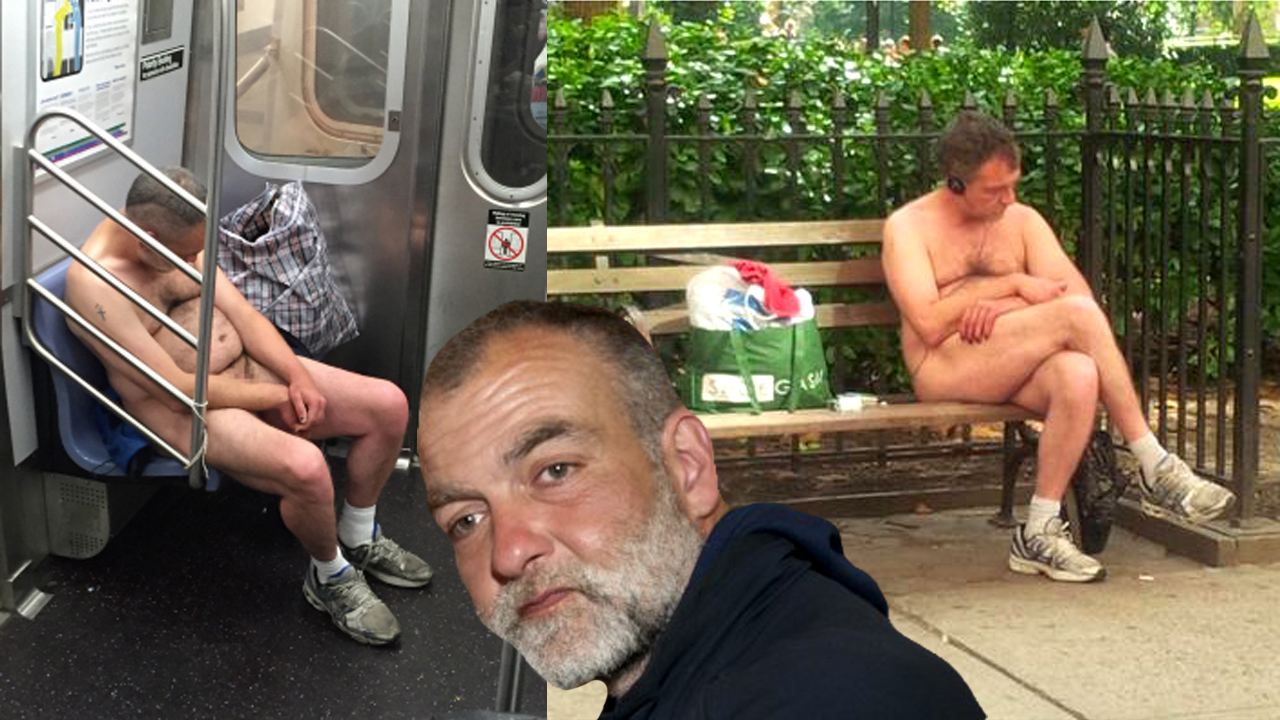 On November 7, one straphanger riding the E train found himself in the same car as a naked man. That witness took a photo. It went viral and ended up on the cover of the New York Post. Remarkably, the Post found the man, clothed, in Madison Square Park:

I like to be naked. It turns me on, I wish I could do it all the time. I would if I could if I wouldn’t get in trouble.

Ed Haines, 40, likes to let it all hang out on a regular basis, he said. There’s been at least one other instance of him being photographed naked — on a park bench. Haines is homeless and claims he was extremely drunk on that E train, waking up in the hospital the following morning. He didn’t actually know he’d been naked on the train until he saw himself on the cover of the New York tabloid.

It’s a shame that Haines is homeless, and that he has problems with alcohol abuse. Hopefully he gets help, but it’s easy to admire him just wanting to let his freak flag fly. When asked about Kim Kardashian’s oily nude photos he simply said, “I wish I could get naked like that.”