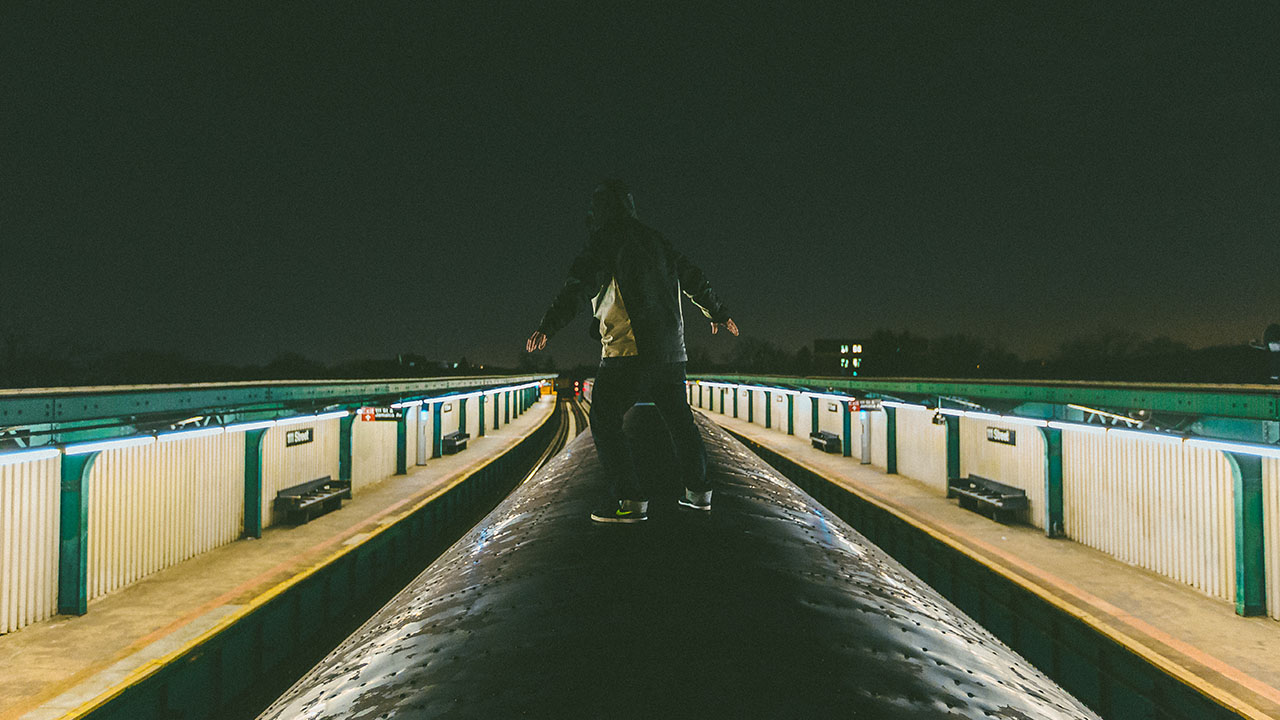 Humza Deas is Instagram-famous. Recently profiled by New York magazine, the 17-year-old urban explorer and photographer has amassed over 94,000 followers on the social media platform with gripping images of abandoned places, off-limit areas, and iconic spans all over the city. But it was a recent photo showing someone who appeared to be subway surfing that really caught my attention. UPDATE: This train was never in motion, a crucial detail I overlooked in my initial correspondence with Deas.

I got in touch with the fearless lensman to find out what the hell was going on in that photo and how it was shot. Deas said he always wanted to try subway surfing and since he was in Queens along the J line, “shooting once again from sunrise to 3AM-ish,” he saw a chance to get on top of an NYC subway car.

But first the basics: He explained to his accomplice, the subject of the photo, how not to get killed. “I went first to show him step by step how to get on top of the train and not to get electrocuted.”

The conspicuous act of climbing atop a subway car also tends to attract attention. “We were completely exposed to everyone on the platform and on coming trains,” he said, adding, “Due to such low light and adrenaline running through my hands, I had to set up my tripod up there while my friend was being paranoid.”

“I pretty much fell off the train getting back down,” Deas said, explaining that his tripod got stuck. Someone noticed them, too. “My friend helped me back up on the platform, where we had to act casual to the pedestrians who noticed us up top of the subway train,” he said with a laugh.