How Breaking Bad Broke All of Biggie’s “10 Crack Commandments” 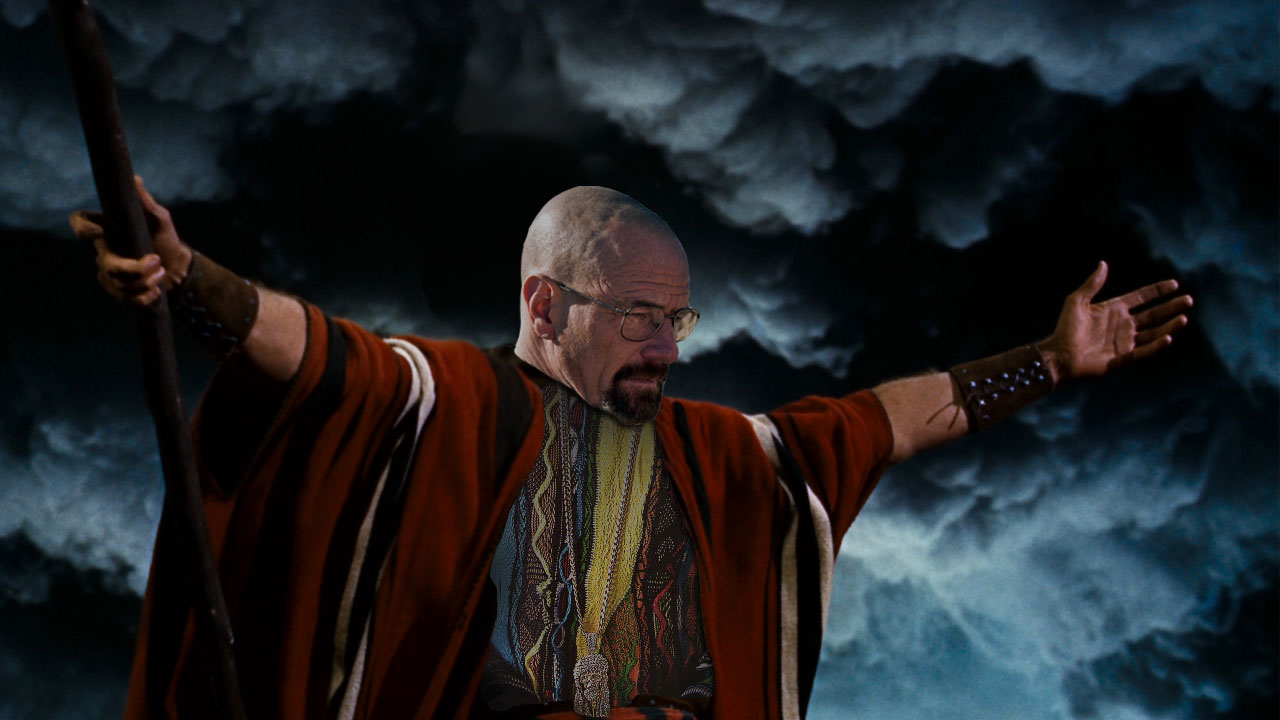 Now that it’s over, what can we learn from the Breaking Bad series? If you’ve got cancer, go fuckin’ YOLO. Or something like that. Anyway, let’s rate the overall drug dealings and business practices of Walter White and his associate Jesse Pinkman, as per the “10 Crack Commandments” as laid forth by Mr. Christopher George Latore “The Notorious B.I.G.” Wallace.

RULE NUMBRE UNO, never let no one know
How much dough you hold, ’cause you know
The cheddar breed jealousy ‘specially
If that man fucked up, get your ass stuck up

This what happens when people see how much dough you hold, Walt: Goddamn Huell and Kuby, rolling all over your money… WTF are you doing? Now Hank’s still dead and Nazi drug dudes are gonna dig up your money barrels. Why don’t you just drive through town, chucking money out of the window, like Jesse here.

NUMBER TWO, never let ’em know your next move
Don’t you know Bad Boys move in silence or violence
Take it from your highness

Jesse would flap his lip a lot. Didn’t he have a website advertising his business in the first season, ROFL? Now Walter White was doing pretty well, except for blabbing to the wife about his other cellphone after his crazy drug-ed out stroll. Letting Mike catch on to the Gus scheme wasn’t too smooth either, but he really dropped the ball when he told Skyler, “I am the danger.” Great. Now she knows.

NUMBER THREE, never trust nobody
Your moms’ll set that ass up, properly gassed up
Hoodied and masked up, shit, for that fast buck
She be laying in the bushes to light that ass up

Walt is Jesse’s “Dad,” if your Dad goes around watching your girlfriend OD and choke on their own vomit, and then go like “I watch her die” in your face. Jesse trusted “Dad,” but “Dad” went and poisoned his new girlfriend’s son. Lesson: Never trust nobody and don’t trust “Dad” around your girlfriends. Then again, your “son” Jesse ratted you out to the DEA. Bitch.

NUMBER FOUR, know you heard this before
Never get high on your own supply

Walt doesn’t do the meth, probably because he knows exactly what’s in it. But Jesse got high on his own supply all the time. Ok, dude, seriously. Stop clowning.

NUMBER FIVE, never sell no crack where you rest at
I don’t care if they want a ounce, tell ’em bounce

Walt was pretty good about keeping customers away from his residence but Jesse stopped giving a shit. So the junkies just keep on coming. And then it happens: You got a house full of junkies. Unacceptable.

NUMBER SIX, that goddamn credit, dead it
You think a crackhead payin’ you back? Shit, forget it

Neither crackhead nor a meth-head or miscellaneous advanced addict is going to pay you back what they borrowed or jacked, no matter how enthusiastically you wave your gun, Pinkman. They might attempt to steal an entire ATM though. Started from the bottom, now you’re here, Jesse. At the bottom. Watching a super junkie squash a skull with the aforementioned ATM, while you cannot adequately deliver the profits because “breakage” or something. Now Walt is mad, ruh roh.

SEVEN, this rule is so underrated
Keep your family and business completely separated

Jesse’s family is dead and/or hates him, so he’s down with Rule Seven by default. Walt goes into business with his wife, and that shit gets a little complicated. “But we’re a family!”

NUMBER EIGHT, never keep no weight on you
Them cats that squeeze your guns can hold jobs too

Walt and Jesse were best following this rule when their bucket and buckets of blue meth were being shipped right out of their lab by “a company” in buckets and buckets of “chicken.” Anyway, don’t keep weight on you, unless that weight is actually A BOMB. Whoa, science. Not as cool as that Rube Goldberg machine gun, but damn teach.

NUMBER NINE, should’ve been number one to me
If you ain’t gettin’ bags stay the fuck from police

Jesse knew better than to hang around the police. but Walt was fucked up on that ride-a-long with Hank. Not a good look. Krazy 8 recognized Walt — Krazy 8 thinks you’re snitchin’ and ain’t tryin’ to listen — so there goes Walt, doing his proper murder with a special explosive meth surprise. Well, it’s kind of hard to stay away from the police when your wife’s sister’s husband is the police — the DEA that’s looking for you, for fuck’s sake. But it sure took him a long time to catch on to all those things.

NUMBER TEN, a strong word called consignment
Strictly for live men, not for freshmen
If you ain’t got the clientele say hell no
‘Cuz they gone want they money rain sleet hail snow

This is “a consignment operation” according to Tuco. You get your ass beat to shit, Jesse, BOOYAH! That’s ok. Walt is going to fix everything with THAT BOMB we talked about. Then again, even if you work on a contract basis — like Walt did for Gus — you have to streamline your work force, keep ahead of potential competition and managecompany privacy.

Follow these rules, you’ll have mad bread to break up
If not, twenty-four years on the wake up