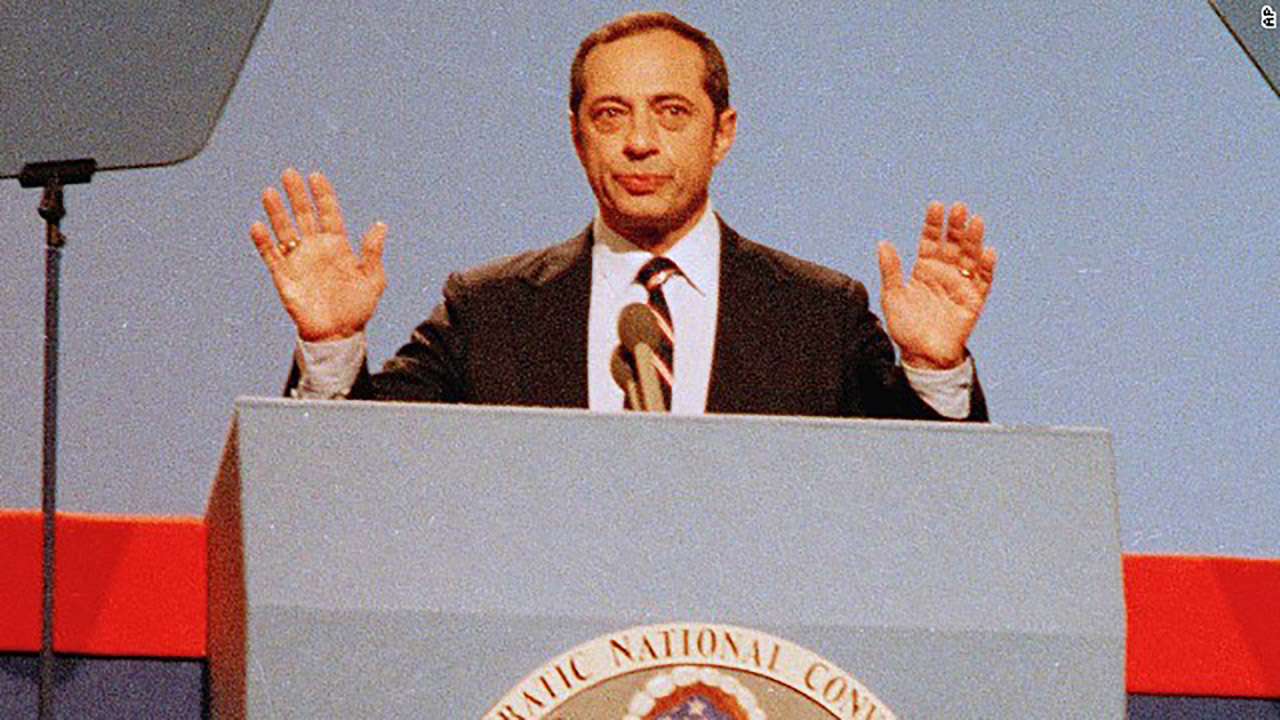 Mario Cuomo, the Cuomo with conviction, has died. He was 82. His son Andrew, the governor, is still alive. Like other old school democrats, Cuomo is referred to as a “liberal lion” in obituaries, a term referring to a political age that once existed amongst elected officials who weren’t afraid to highlight their left-leaning values.

Although Mario Cuomo lost the race for NYC mayor to Ed Koch in 1977, he served three terms as New York’s governor from 1983 to 1994. But it was in the mid-80s, at the Democratic Convention in San Francisco, when he rose to national prominence by delivering a fiery speech aimed squarely at then-president Ronald Reagan. “Mr. President, you ought to know, that this nation is more a tale of two cities than it is just a shining city on a hill.” Then he went in:

Maybe, Mr. President, if you asked the woman who had been denied the help she needed to feed her children because you said you needed the money for a tax break for a millionaire or missile we couldn’t afford to use—maybe then you’d understand—maybe, maybe, Mr. President.