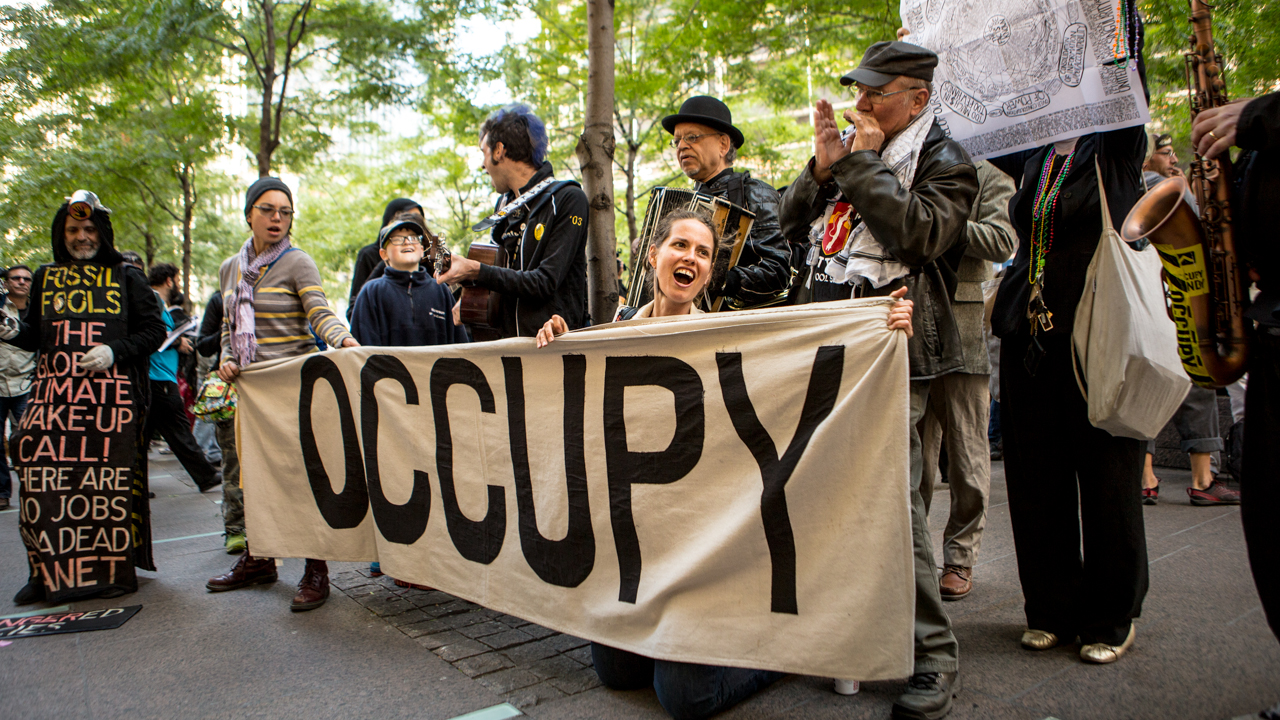 This morning, I headed down to Zuccotti Park, formerly known as Liberty Plaza to witness what I assumed would be a massive celebration of Occupy Wall Street’s two year anniversary. Only about 120 people showed up — at least 30% of them were journalists — and protesters who carried large bags or held signs on cardboard poles were denied entry to Zuccotti Park. See the photos in the gallery above for protest signs, “illegal” masks and micro-celebrities, including the so-called “Hipster Cop” Detective Rick Lee and Roman the Union Square Fart Sniffer. (Photos: Aymann Ismail/ANIMALNewYork)